To share your memory on the wall of Vernia Fletcher, sign in using one of the following options:

On Sunday, October 11, 2020, “Vee” peacefully transitioned to her heavenly home at Atlantic General Hospital in Berlin, Maryland after a brief illness. Her two older sisters were standing by her side.

“Vee” was a devoted Christian who loved the Lord. She joined Mt. Zion Independent Church at an early age. She served as the President of the Women’s Choir, she worked diligently with the youth and served as President. “Vee” also served faithfully on the kitchen committee and enjoyed the annual choir festivals. She loved the Lord as well as her church family, where she served faithfully until her death.

“Vee” attended the Accomack County Public Schools and received her bachelor’s degree in Criminal Justice from the University of Maryland Eastern Shore in Princess Anne, Maryland. She was employed at the University for twenty-four years as an Executive Administrative Assistant II in the President’s office before retiring due to illness. She was also a part-time employee at Walmart in Pocomoke City, Maryland for ten years.

“Vee” was very independent and had a spirit of never giving up. She loved her family, but above all had a love for God. “Vee” would proclaim His goodness and His continual blessings which allowed her to be independent even during her illness. She trusted and believed in God, even in the midst of her pain she would say “I’m doing well.”

“Vee” enjoyed taking pictures for family gatherings and special occasions at church. She was small in “statue” but large in serving others without complaints or expecting anything in return. Furthermore, she was a loving, supportive, kind, forgiving, and a humble servant, which was one of her greatest attributes. In her leisure, “Vee” loved to shop and watch her beloved Washington Redskins, she was a die-hard fan.

To send flowers to the family or plant a tree in memory of Vernia Mae "Vee" Fletcher, please visit our Heartfelt Sympathies Store.

We encourage you to share your most beloved memories of Vernia here, so that the family and other loved ones can always see it. You can upload cherished photographs, or share your favorite stories, and can even comment on those shared by others.

Posted Oct 17, 2020 at 01:41pm
Cousin Sam, This message is from Joyce, Mable , and Marlene Fletcher Milbourne. You and the family have our Prayers , and you all are in our thoughts. Willie Fletcher’s Daughters
Comment Share
Share via:
JF

Posted Oct 16, 2020 at 09:02pm
Neal, wishing you peace to bring comfort, courage to face the days ahead and loving memories to forever hold in your heart. May your memories bring you comfort.
Comment Share
Share via:
AC

And you now therefore have sorrow: but I will see you again, and your heart shall rejoice and your joy no man takes from you. 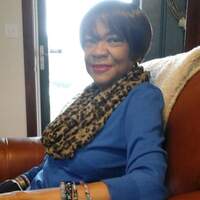 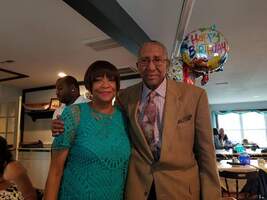